Hey crew. I’ve been quite busy, taking tests, writing my thesis, writing articles, prepping for wine industry events … etc., etc., etc. This week I’m bringing you an abbreviated version of the weekly wine news round up. You’ll find a few of my personal projects at the top. (Like this piece on cuvée or—oh yeah!—I spoke on a wine podcast.) Below that you’ll find direct links to some of the top headlines and blog posts from throughout this week. Hope you find something that interests you. Have a great weekend, drink good wine, and have some fun. Cheers.

END_OF_DOCUMENT_TOKEN_TO_BE_REPLACED

Take a look at this week’s wine-centric news round up. A few call outs: Love this piece by Jeff Siegel about how the wine industry just needs to ‘calm down’ about all this DTC shipping legal craziness. Looks like the glassy winged sharpshooter has been found in Northern California wine country—that could be horrible if it turns out to be an infestation. Take a look at this piece I wrote for the Napa Valley Wine Academy answering the question—What is Rutherford Dust really?

Don’t forget to sign up for this year’s WINExpo, where I’ll be moderating a session on regenerative agriculture. And if you haven’t yet—please submit your nominee for who you think Wine’s Most Inspiring Person for 2021 should be.

That’s all from me for now. I will not be here next week as I prep for my next WSET Diploma Exam and then take a bit of time off to recover. Until the next time—drink good wine…cheers.

END_OF_DOCUMENT_TOKEN_TO_BE_REPLACED

Barbara was born and raised in Baltimore, Maryland, and spent childhood summers near the shores of the Chesapeake Bay. An artist at heart, Barbara first learned to paint from her father, who introduced her to oil paints and how to care for brushes at a young age. Her love for art grew throughout middle school and high school, where she learned how to work with different mediums and styles. Her inspirations were Michelangelo’s expressions of human life and portrait paintings by Vermeer and Rembrandt.

Barbara intended to major in art and art history after high school, but she chose to pursue a degree in liberal arts and philosophy from St. John’s College in Annapolis. She selected St. John’s, despite her parents’ desire that she be formally trained as a painter, because, in her words, she “wanted to learn about everything.” Barbara matriculated with the first group of women at the college, and it was there that she met her future husband, Warren Winiarski.

With dreams of a new life in wine, in 1964 the Winiarski family moved from Chicago, where Warren and Barbara were studying and teaching at the University of Chicago, to Napa Valley, California. In 1970, the Winiarskis purchased a prune orchard in what would become the Stags Leap District appellation, and Barbara and the children worked alongside Warren to establish a new winery there. They christened it Stag’s Leap Wine Cellars. Their first commercial release from the new facility, the 1973 S.L.V. Cabernet Sauvignon, would place first amongst the red wines in the now-famous1976 Judgment of Paris tasting.

The Winiarskis’ early years in the Napa Valley were spent advocating for the then-radical notion of creating an Agricultural Preserve to protect the Valley from the suburban sprawl that was fast eliminating farmland in most other Northern California counties. Since then, the Winiarskis have endowed the Land Trust of Napa County with almost 200 acres of property, which will never be developed. In 2017, the couple received the Land Trust of Napa County’s Acre by Acre Award.

Barbara and Warren have also been supporters of the Smithsonian’s National Museum of American History for over 25 years. Their generosity helped to establish the museum’s American Food and Wine History Project in 1996, as well as the subsequent, “FOOD: Transforming the American Table 1950–2000” exhibition, in 2012. In 2021, with the mission of sustaining food and wine history for generations to come, the Winiarski Family Foundation donated $4 million to establish a permanent Curator of Food and Wine History position at the National Museum of American History.

The couple provided a transformational $50 million dollar pledge to their alma mater, St. John’s College – the largest gift in the history of the institution – to ensure affordable tuition for future students. The 2019 gift from the Winiarski Family Foundation established a challenge grant which has already reached its goal of $50 million dollars in matching funds.

Most recently, in October 2021, a $5.1 million gift from the Winiarski Family Foundation to Providence Queen of the Valley Medical Center provided funds for The Winiarski Stroke and Diagnostics Center, a 208-bed acute care facility in Napa. They also donated to NEWS (Napa Emergency Women’s Services) and Samaritan Family Shelter, both causes strongly supported by Barbara.

Barbara’s passion for art called to her throughout her life, although a busy schedule as wife, mother and winery owner often left her little time to paint. After a hiatus, Barbara picked up her paint brushes again in 1980, focusing on portraits of her children and loved ones. Old photographs also served to depict six generations of family members. Barbara’s paintings have been described as “having compelling intimacy. They capture moments in people’s daily lives while drawing the viewer into a space of contemplation.” Her life’s work was published in the 2018 book, Passages, which includes exquisite photographs of her paintings.

In lieu of flowers, please consider a gift in Barbara’s name to any of these organizations:

Please save the dates between Thursday, Oct 21 p.m., and Saturday, Oct. 23, for services. Details to follow.

Hey all, I want to call out something super important here. Wine Industry Advisor has just opened up submissions for its Most Inspiring People awards and this is the first time they’ve asked for nominations from the public. So if you know someone who’s made a significant, positive contribution to the US wine industry please nominate them here.

Did you do it? Awesome. Then you may continue on with your perusal of this week’s short list of wine-related news items. I’ve got a few pieces out myself, but some of my favorite articles this week are highlighting the diversity of our wine industry—so great to see these stories amplified in the media.

END_OF_DOCUMENT_TOKEN_TO_BE_REPLACED

You guys, things have been so crazy busy lately. You may (or may not) have noticed I missed last week. I almost didn’t make this week either. But here I am with two-weeks worth of booze-news round up. Although, for some of you I’m sure a few of these are more ‘olds’ than news.

I want to, of course, call out a few projects I’ve been working on that finally got released. I’m particularly proud of this profile on dual winemaker-ICU nurse, Jane Khoury who splits her time caring for the critically ill and taking lead in her family’s wine production. As, hopefully, you all know, I’m continuing through my WSET Diploma course. I most recently completed my D3 Wines of the World exam (both theory and tasting portions) and am moving onto my D4 Sparkling Wines of the World section. It can be overwhelming, sometimes devastating. Here’s a little diddy I put together for the Napa Valley Wine Academy (where I study) about what success in wine really looks like. And here’s a brief interview I did for Wine Industry Advisor—it’s not fancy, but you can learn a bit more about me. You know, if interested.

A few other articles I want to call out: robots in the vineyard (the future is now!), a breakdown on the latest wine DtC shipping case (these can be so confusing), how and why Canada’s wine industry is struggling with sustainability (oh, Canada…), Virginia just got a new AVA (and there’s only like 5 wineries in it), and it’s officially ok to admit you like Zinfandel (within reason, I’ll add).

There’s loads more, including some interesting press releases. So scroll all the way through, whist sipping some wine of course. Read, learn, have fun. Cheers.

END_OF_DOCUMENT_TOKEN_TO_BE_REPLACED

Fitting: my first issue as Senior Editor of @winee

I did a thing. . Thanks to all the folks @napavall

“We need to establish Deaf leadership and suppor

When you find out you passed your last WSET Diplom

PODCAST DROP: The History of Women in Wine for @Wi

Happy to say I can add WSET instructor to my list

Im SO happy to share that I’m officially a part

Repost from @winefuture_conference • This week's

A pleasure to moderate the @rhonerangers event las

It was bound to happen eventually. #gamenerd . PS

Yes I am the girl that decorates the house for Val

Getting ready to step out for what could be my las 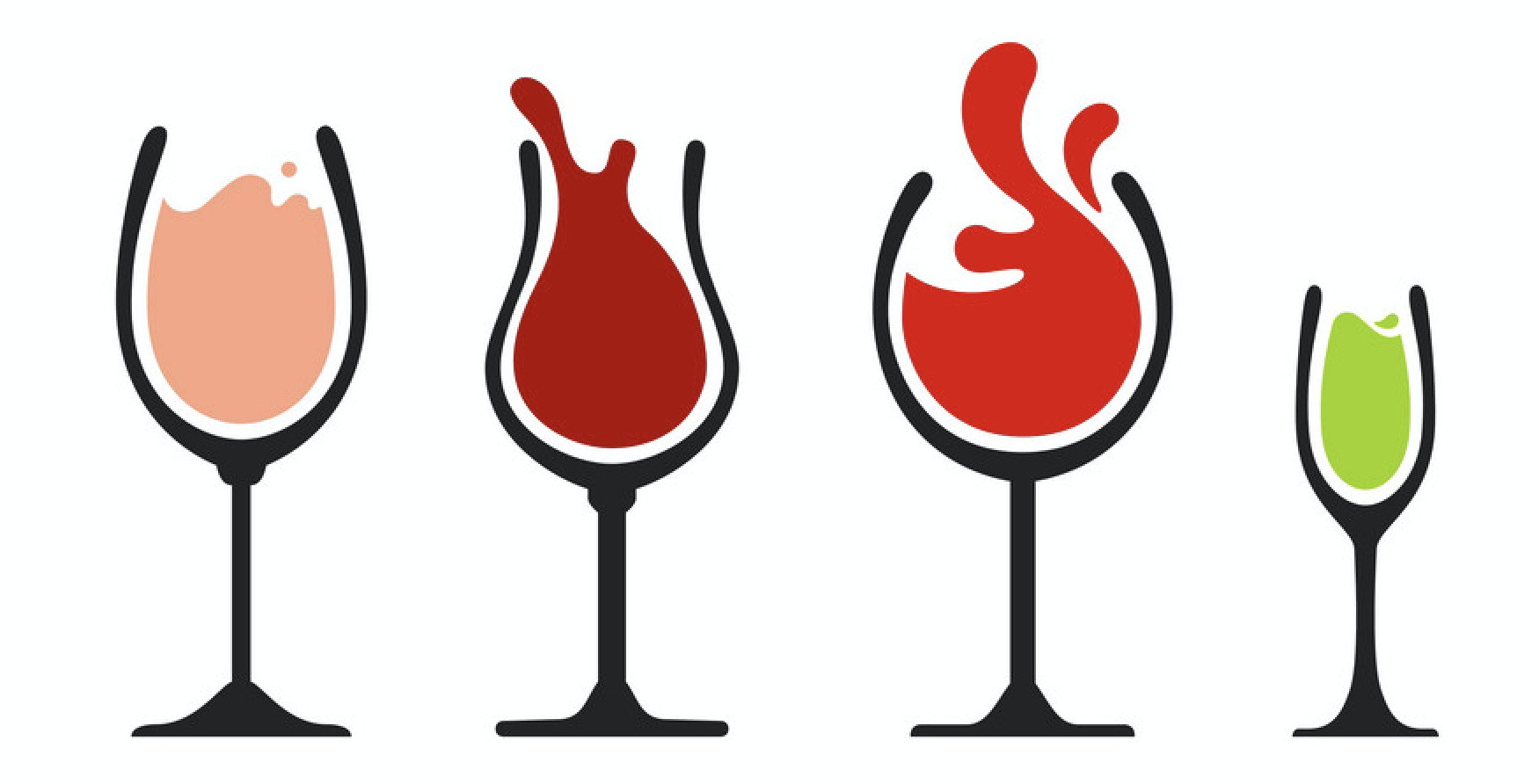